“Racism Operates Like an Open Wound in Our Society”

Selma Moreira, the director of the first philanthropic fund dedicated to racial equity in Brazil, got her start as a bagger at a Walmart in São Paulo. She was 15 years old and it was the first time she realized there was another language besides Portuguese in the world and it was called English.

During her spectacular 13-year rise at the retail chain, Moreira went from packing grocery bags to leading the company’s social responsibility arm. Along the way, she earned advanced degrees in business, strategic management, and public relations—as well as a certificate in English from an international language school.

Moreira, now 39, will be forever thankful for the opportunities that working for an international corporation afforded her. But that doesn’t mean negotiating the business world as a Black woman in one of the world’s most unequal countries wasn't without its complexities and pitfalls.

One illustrative story she tells is about an interaction with a coworker. And it has to do with that subject every Black woman knows intimately and everyone else seemingly feels they have a right to weigh in on—her hair.

One of Moreira’s colleagues told her she looked more professional when she straightened her hair. “She said to me, ‘When your hair’s straight, you look like a manager,’ and I said, ‘OK, but I’m a manager every day whether my hair is curly or straight,’” she recalled.

“Then the woman told me, “No, you don’t understand, ‘You look better, more formal, more serious, with your hair straight. Not like a kid!’ And then she hugged me. That’s racism Brazil-style,” Moreira said. “Always hugging you! It’s so devastating. Sometimes you ask yourself ‘Am I wrong?’”

But, of course, Moreira, who has spent her career struggling for race equity in Brazil, wasn’t wrong. And that one small conversation serves as a microcosm of Brazil’s fraught and complex racial history.

The Lemann Foundation had the pleasure of sitting down with Moreira to learn more about her journey and her mission to bring racial equality to Brazil through the Baobá Fund for Racial Equity, the largest racial equity endowment fund outside of the United States.

A. People are more comfortable saying we are talking about ‘inequality’ and that’s it. But inequality is inextricably connected with race with gender. You can’t separate the two. We still have to find a way to face the problem and then after facing it, find partners to work on it in order to change it. Because it’s impossible to keep doing the same thing— which is basically doing almost nothing. We need to do something different, to promote structural changes.

Q. Brazil has one of the highest rates of inequality in the world. And as you said, inequality mostly falls along racial lines. Black and brown people are less likely to finish high school, graduate college, work as professionals, and have access to the internet. While they are more likely to be poor, live in substandard housing, die of Covid-19, and be killed by the police.

A. We have a myth that we have a meritocracy in this country that will solve all our problems and that’s why we keep denying racism and the effects of racism. The myth is that if you are good enough, you will succeed. We put all the responsibility on the individual. But why do I need to be the one who has to be more special just to succeed? The responsibility needs to not just be on the individual but on private companies, civil society, government, universities, and society in general. We must all take action and be part of the solution. It’s not just a Black people problem to only be solved by Black people.

Q. Your background as a businesswoman seems to have had a big influence on how you approach racial equality?

A. One of the four pillars of the Baobá Fund is economic development. Black people keep getting left out of development. We need to have more Black professional inclusion.

We still have problems with Black people who decide to be entrepreneurs because, for the majority of them, there are no grants, support, or consultancies to help them develop their ideas into business plans.

As most back people do not have family money, they need to receive money from someplace and they may not be in the position to ask for a bank loan. At the beginning of the process, they need investment and resources to start developing. We will seed new business startups and get them to a position where they are able to qualify for loans.

I am also out there talking with companies and saying it’s important that we see more private companies worried about race and realizing we have a problem called racism. We have plenty of research that shows that diversity is profitable. It’s good for business because you have people with different mindsets, which helps create new products and solutions and ways of working. But there’s still resistance.

Q. Besides economic development, another of Baobá’s four pillars is living with dignity.

A. When we talk about living with dignity, we are talking about creating opportunities to be yourself, to be Black, and also have the right to have access to land, to quality health care, and to be safe from violence.

Living with dignity involves promoting health and quality of life, prevention of diseases and injuries; prevention and care for victims and people affected by racial violence; tackling religious racism and protecting victims; access to land, infrastructure, protection, and defense of the rights of our African-indigenous Creole communities.

Q. How has the Covid-19 pandemic changed things in Brazil in terms of racial equity?

A. At the moment, we are seeing a huge number of poor people, but mainly Black people, not just suffering from Covid, but dying from this disease. In our society, the pandemic is worse for Black people because many are living in bad conditions. Homes in the favelas have very little space with big families living together.

Q. Another pillar of your fund is education, which is how you came to partner with the Lemann Foundation.

A. My parents each only have four years of education, but they knew how important education was to advance in society. At the Fund, we are talking about how we can start to engineer our country to involve Black people from the first years of early childhood until they apply to university. 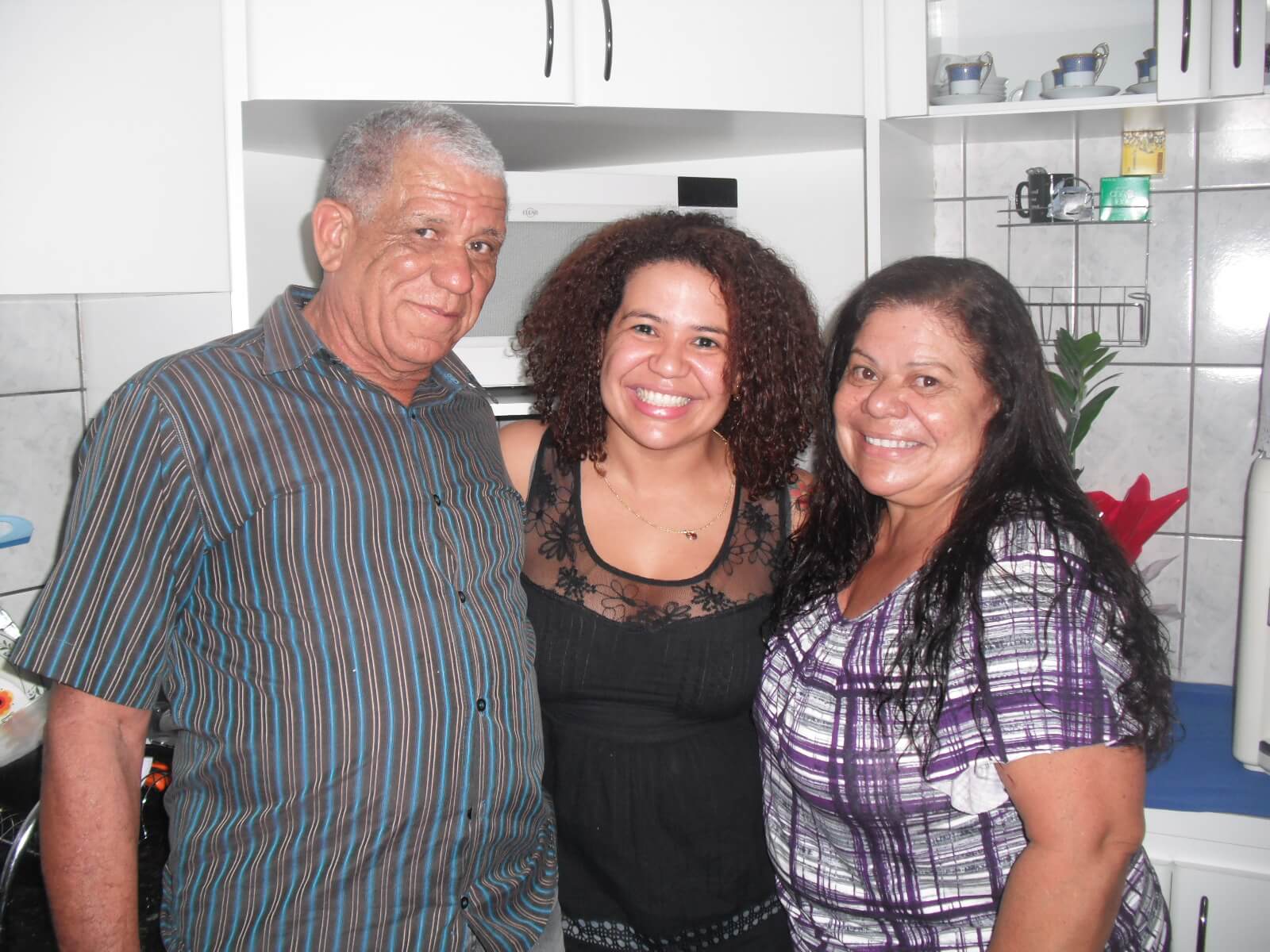 Most Black people cannot even dream of studying abroad because—even if they do speak English—they don’t have the money and maybe they have family they need to help support. So we need solutions to let people Black choose what they want to do.

We started working with the Lemann Foundation because they wanted more diversity for those who were being awarded fellowships to overseas universities. We now have a program where Afro-Brazilian students accepted at the Foundation’s partner universities who can’t afford tuition and living expenses will have those costs covered.

Q. The Fund’s final pillar is memory and communication, which is an interesting one. Can you explain what that means?

A. We have a big problem in Brazil with memory and communication. Racism operates like an open wound in our society. We are trying to redesign and rebuild the image of being Black in Brazil around being proud.

Q. Black people are a majority in Brazil, yes?

People of Afro-Brazilian descent are the majority. We’re 55.8 percent of the population, but we’re still a minority.  Because we are a minority in terms of representation in industry, in politics, for those with degrees, as well as fashion models and the people you see on TV.

Like second-class citizens, we carry the burden of centuries of structural racism that resulted in huge social gaps in education, healthcare, leadership in the private and public sectors, job-training skills for low-income people in rural areas, support for Black entrepreneurs and those operating in the informal sector, access to banking and internet connection, social security for low-income retirement-age workers, and initiatives to help prisoners, addicted, and homeless people find jobs.

All of this is exacerbated by the lack of investment to promote racial justice through social justice funds and initiatives. This is the scenario in which the Baobá Fund was created in 2011, to promote a philanthropic and social justice agenda in Brazil by mobilizing people and resources in the racial equity agenda.

Q. Baobá is structured as a fund. Can you explain what that means?

We were set up as part of the Kellogg Foundation’s legacy strategy in Brazil. They committed up to $25 million to match-fund an endowment that we would build. They realized it was important to make a direct investment to Black society, not just to inequality in general.

Now, for each US$1 raised locally, Kellogg will contribute US$3. And for each US$1 in international donation, they kick in US$2. These generous terms will allow us to undertake bolder actions in the next few years, to make greater investments to strengthen both our institution and our programming.

As of 2019, we raised $10.3 million and committed $4.5 million to support projects over the next five years. But we need more support to reach our goal to raise an additional $10.2 million.

Q. Does being structured as an endowment fund make fundraising difficult?

A. In Brazil, it is not common to have an endowment, so it’s been a challenge to build one. I’m doing fundraising and giving talks all the time. It’s super hard to find partners that want to give donations to our endowment because they mainly want to fund programmatic things. The mindset is that we are a country with so much inequality, so why are you building endowment instead of using the money to make a difference now. But it’s a short term way of thinking. But we are also talking with business people and they know how important it is to have an endowment.

Q. You are doing so much for racial equality in Brazil. What has this journey been like for you, personally?

A. I know why I’m here and the ways I want to contribute to change society. But it’s still hard because racism runs very deep and affects us in ways we sometimes don’t even recognize. It makes us feel less joy. It’s easier to be hard and see life as a thing to fight with. I really try to keep an eye on my mental health in order to keep being Selma—to keep being me. 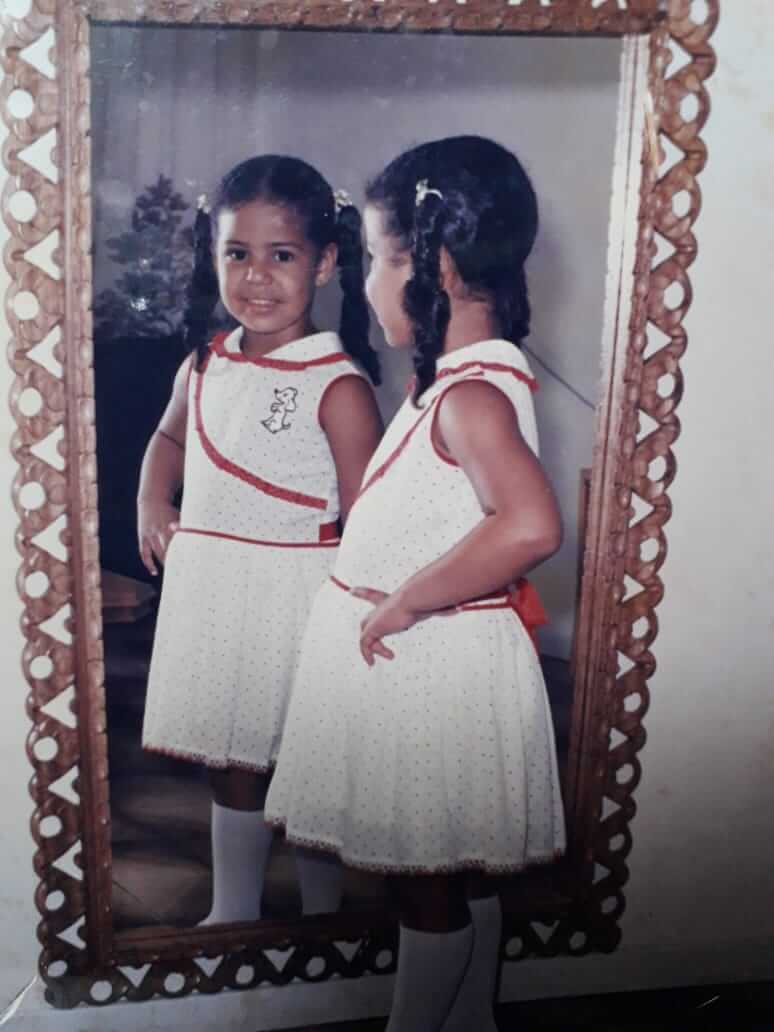 To find out more about how to support the Baobá Fund for Racial Equity, click here.