“We Don’t Have Time to Grieve”

Environmentalist & Lemann Fellow is on a Mission to Combat Climate Change

When Natalie Unterstell decided to put her very expensive business degree to use by moving to the Amazon to help indigenous people sell artisanal crafts, her mother wasn’t exactly thrilled.

But Untersell, who has gone on to become one of the most powerful advocates for the environment of her generation, says her mom has definitely come around since then.

“She came to realize that she and her generation shouldered some of the blame. They didn’t have a vision about sustainability being politically important,” said Unterstell. “She’s realized it’s one of the most consequential things anyone could work on. Now she’s very proud.”

Unterstell’s mother is not the only one that’s proud. The Lemann Foundation—which has had the good fortune to support her as a Lemann Fellow—has been her impressive career ever since.

We recently sat down with Untersell, 36, who is the Founder and Director of Política Por Inteiro, an environmental think tank based in Rio. We talked about her life’s mission to control climate change, which has taken her from a small town in southern Brazil to the Amazon jungle to Norway to South Korea to the Arctic Circle to London to Brasilia to Boston and Berlin and then home again.

Q. How did you first become interested in the Amazon and climate change?

A. It was a long time ago. I went to business school and was on a traditional finance path. I was being trained to work on Wall Street or the Brazil Stock Exchange. I ended up going to the Amazon region while I was a student to update data for a program. When I got a glimpse of the work that was being done on behalf of indigenous communities, I knew that’s what I wanted to do with my life. When I got back to São Paulo, I had to choose between two internships—an investment bank or NGO in Amazon. I chose the Amazon.

Q. How was that choice received?

A. I was very young and didn’t care much about breaking the rules. So I started to do all my classes in the public policy curriculum. The faculty didn’t like that at all. I ended up working at one of the biggest Brazilian NGOs for social and environmental issues. I was, in some sense, doing the same thing my friends at university were doing for companies like Unilever. They were selling soap for multinational corporations and I was helping indigenous people sell art craft or products. So, we were basically doing the same thing for very different people. 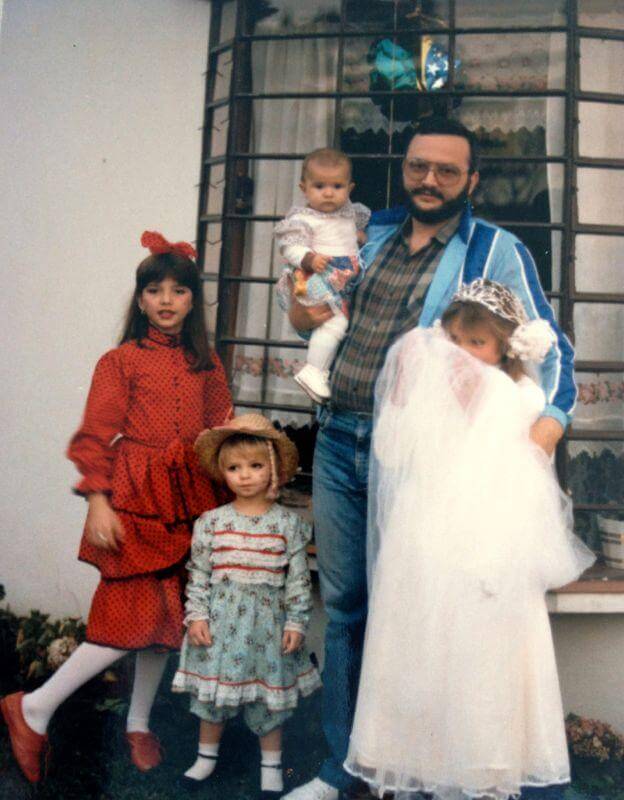 Q. At some point, you broadened your cause?

A. I spent four years living in the Amazon. It was pretty remote. It was like another planet. I began to understand the contribution you could make from a public policy perspective. I realized this is something much bigger than helping indigenous people to get more income. I wanted to help create a new model of sustainable development.

Q.  What caused you to shift to the larger issue of climate change?

The United Nations Intergovernmental Panel on Climate Change issued a report in 2007 that basically said that a tipping point of irreversible damage would occur by the middle of the century if the Amazon continued to be deforested. And I thought, ‘if the world is going to end in fifty years, I'm working on the wrong things.’ I am exaggerating to make a point, but I really did think, ‘OK, this is a big deal,’ and I need to be doing something about it. (The Panel was that year awarded the Nobel Peace Prize, along with former US Vice President Al Gore for their work on climate change.) 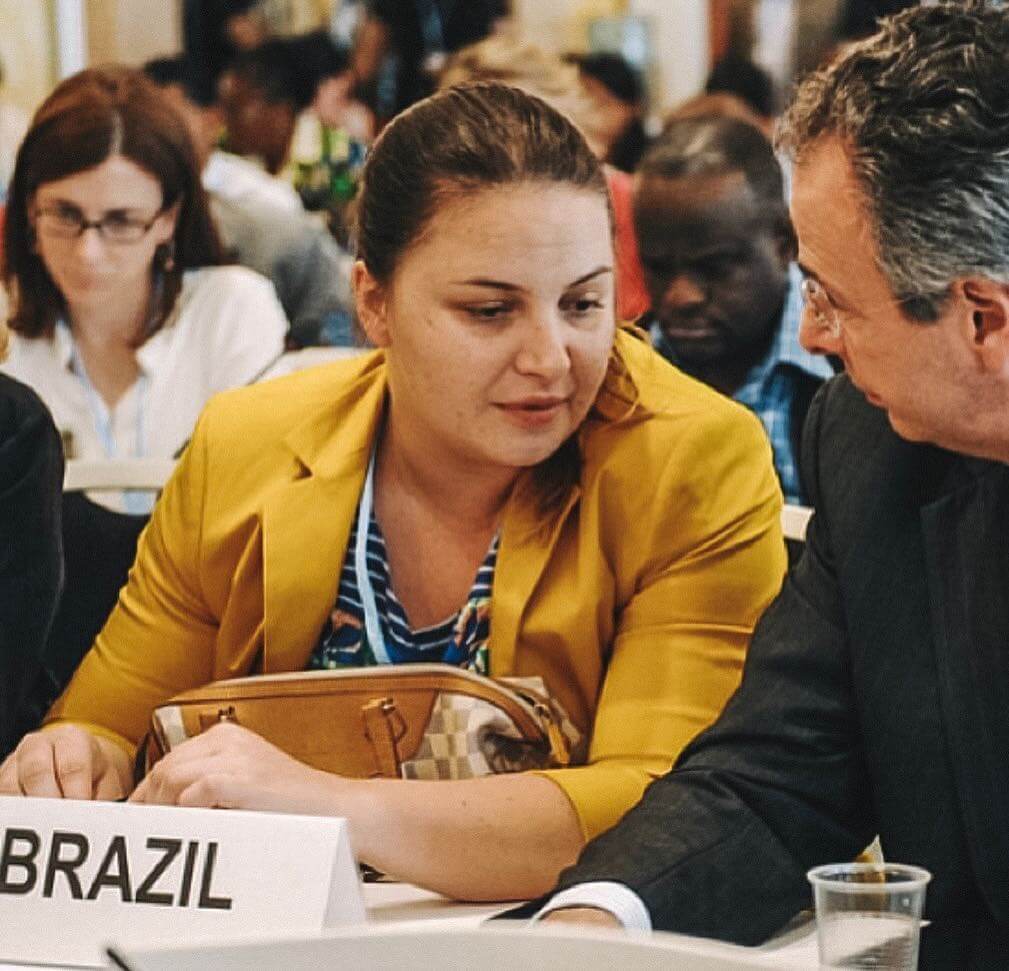 Q.  So you ended up working in Norway to help monitor the Brazil-Norway cooperation on climate change?

I was in the middle of the rainforest and I wanted so much to work on the policy side. A proposal was on the table for the government of Norway to put $1billion toward an endowment to the Amazon Fund. Basically, it was a fund to share the costs of preserving the rainforest promoting sustainable use of the Amazon.

I was an observer of the negotiations. When I saw it all unfolding, I became the person who was able to answer questions about what was happening on the ground because I knew it for real. It wasn't something I had heard or read. I had lived it. 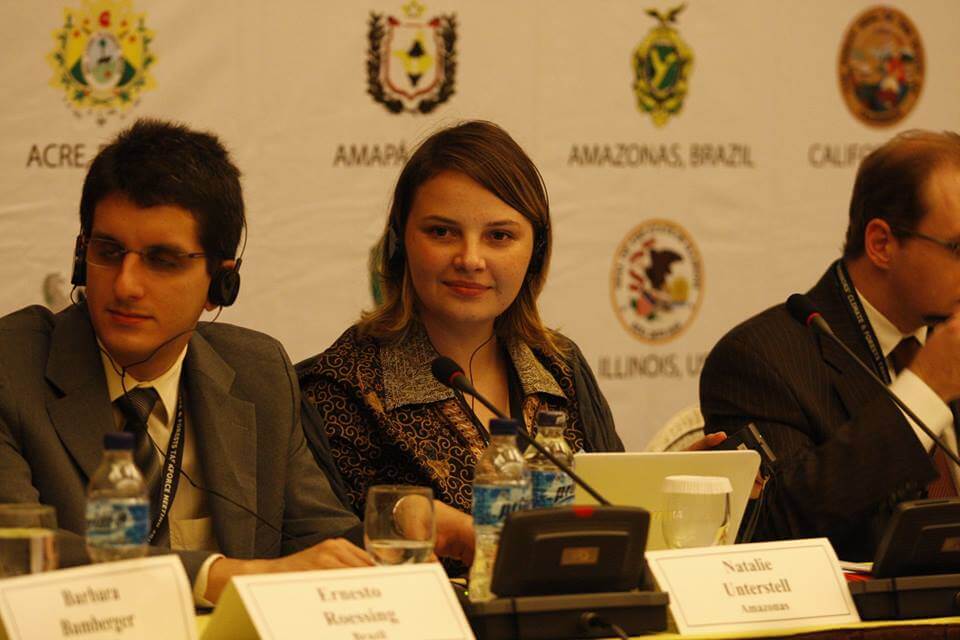 Q. You went on to become a UN Negotiator and then the Head of Climate Change and Forests for the Ministry of the Environment and later the Head of Sustainable Development programs for the Presidency before going on to start your own think tank. You must have seen so much. What do you want people to know?

A. We are getting overwhelmed because there is so much going on with the rainforest. We’re getting to a critical point and we are getting sad and some of us are grieving. My message is, ‘we don't have the time to grieve.’ We need to get our hands in it and get involved.

For the rest of the world outside Brazil, it means a lot to us if consumers really do their part to ask companies and supermarkets about products coming from Brazil to make sure they are sourced sustainably. On a bigger scale, all countries need to elevate their commitments and their standards for climate change and deforestation. It will isolate those in power here who are not doing what needs to be done...But as for grieving, we have no time to grieve. We have to honor the rainforest and the people that live there as well as those who have been fighting for the environment all over the world.

Q. What are some of the biggest misconceptions about Amazon and its peoples?

A. One of the biggest misconceptions is that people think of indigenous people as prehistoric as if they were stuck in a way of life that’s from thousands of years ago. And what I realized when I was working and living with them is that actually, they have been transforming themselves all this time. Contact with the ‘white man’ was 500 years ago. They know they get the best or worst of us, but they keep their culture very steady.

The second is the notion that the Amazon is a void, an empty pristine space with nothing. As if it’s green without people—like a gigantic park. It’s actually not.

All of the indigenous, they know and have been to all the areas before contact with the Spanish and the Portuguese, who thought the Amazon was basically devoid of people. The people who were here first knew everything, mapped everything. Every part of every river, every fish, hundreds of types of plants. Even if you don't have many people in terms of density, there were people who knew what was going on in every inch of the rainforest. 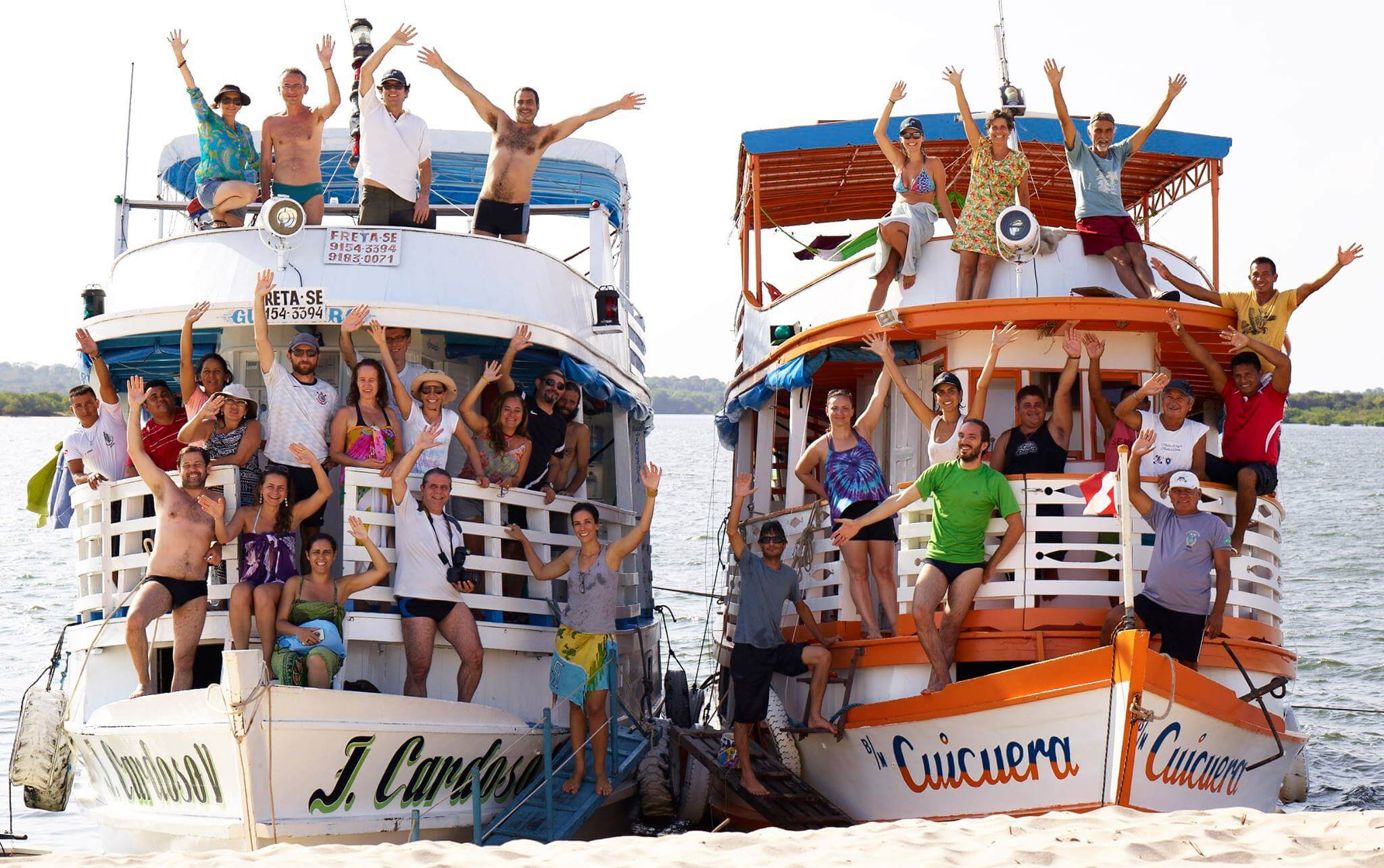 Q. Your think tank is called Política Por Inteiro (‘Public Policy As a Whole.’) On your website you say you “carry out real-time monitoring of the political signals (policy signals) of relevant changes announced (risks) or carried out (acts) by the Federal Executive, as well as their effects (impact or externalities), considering the complete cycle of public policies.” Can you explain what that means?

A. We are tracking the policy signals related to the environment and climate change. It means we try to anticipate what the government is going to do and we also track what they are actually doing. We are documenting everything because it’s a high political risk now. Many policies are being rolled back. So we are creating a collective memory of what we have, so we understand what we lost and what we need to recover.

We do this in a very systematic way so we can anticipate the decisions that are coming and take action. For example, cases can be brought to court by civil society and they can be won. In order to prevent deforestation, we need to understand the signals before they become decisions and before they are translated into legislation, and before they materialize.

Q. Can you give an example of what a ‘political signal’ looks like?

A. Last year, the Minister of Mines and Energy went to Canada and told investors that the government of Brazil wants them to invest in mining in indigenous lands. That’s not allowed by our constitution. So we began monitoring that and all other decisions related to that. And in January, the government sent a bill to Congress to do just that. Because of our signal monitoring, we weren’t blindsided by that.

Q. You say you don’t believe in incremental change as it relates to protecting the Amazon and climate change, but that you’re a believer in ‘leapfrogging.’

A. To prevent this tipping point where the Amazon begins to turn into a kind of savannah, we can’t keep procrastinating and let deforestation happen as it’s currently happening. We’re at 20 percent deforestation and the scientists tell us when we get to 25 percent, it’s a critical point of no return.

This is no time to be incremental. We need to go to zero deforestation and we have to leapfrog into the new economy. The point is that we know what we have to do. We know the combination of factors that will take to get us there: law enforcement, satellite monitoring, plus creating a viable economy that doesn’t depend on the destruction of the forest. That’s not being Pollyanna or naive. We need to be stubbornly optimistic about doing all of this. 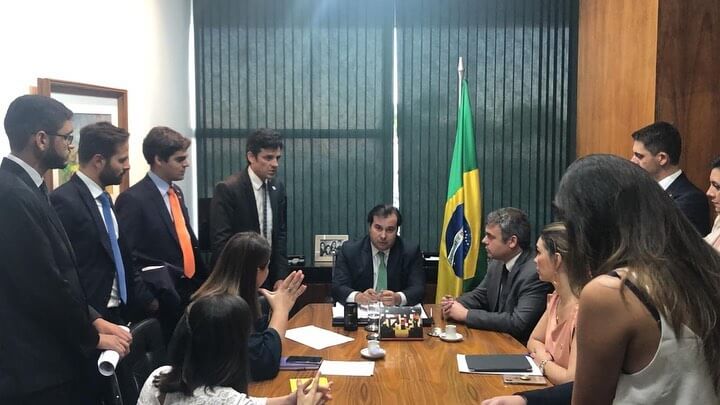 Q. How has the COVID pandemic affected the environment?

A. As a whole, transportation is minimized. Like most everyone else, I’m not traveling by plane. (When I do fly, I buy carbon credits to offset my emissions) So that’s a big change. The digital transformation is also here, with so many people now working remotely. Assuming some percentage of the workforce will remain working from home at least part of the time, that will mean fewer emissions in the future.

But in relation to the rainforest, it could have had a positive effect. If this was a different geopolitical moment, we could’ve used this as a wonderful opportunity. But that’s not what happened. As everyone knows, deforestation increased during the pandemic. It’s a crime and people took advantage of the social isolation to do what they wanted to do. 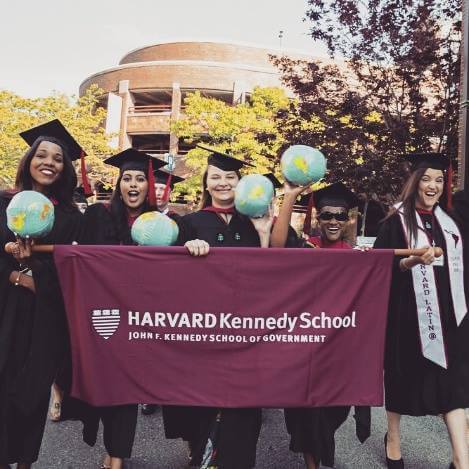 Q. What role has the Lemann Foundation played in your journey?

A. I was a Lemann Fellow at the Kennedy School. I am now a member of their Public Leaders Network. The Foundation is indeed creating a pipeline of leaders. The most important thing is helping create a generation of people who will do something new. They will have to have the difficult conversations and make the difficult decisions. It’s not about training people to know the nice concepts of leadership so they can brag about being a leader.