Human Rights Scholar & Activist
Off to UK on Scholarship

Fabricio Bonecini de Almeida was 14 years old when he helped lead something of a civil insurrection in his secondary school. He, his twin brother, his fellow students, along with faculty, staged a movement to remove his school’s principal for illegally shirking the election laws required for his post.

He inspired students throughout the public school to hold the principal accountable. Armed with a petition of almost 3,000 signatures, he took the 21-hour trip to the capital of Brasília and delivered it to the Brazilian Minister of Education. The school principal was removed and a new school election was held.

Since then, Bonecini, who is 31, has worked to be a force for social change in one way or another. “I do not face leadership as a role, but as a conscious way of being,” he said.

Bonecini—who in the fall heads off to the London School of Economics and Political Science to study International Social and Public Policy—is the recipient of the esteemed Chevening Scholarship. He was hand-picked for the competitive fellowship by the British embassy for the scholarship, which is partially funded by the Lemann Foundation.

The Lemann Foundation sat down with Bonecini to find out more about his formative years, his take on the pressing issues facing Brazil today, and his plans for when he returns home from the UK. 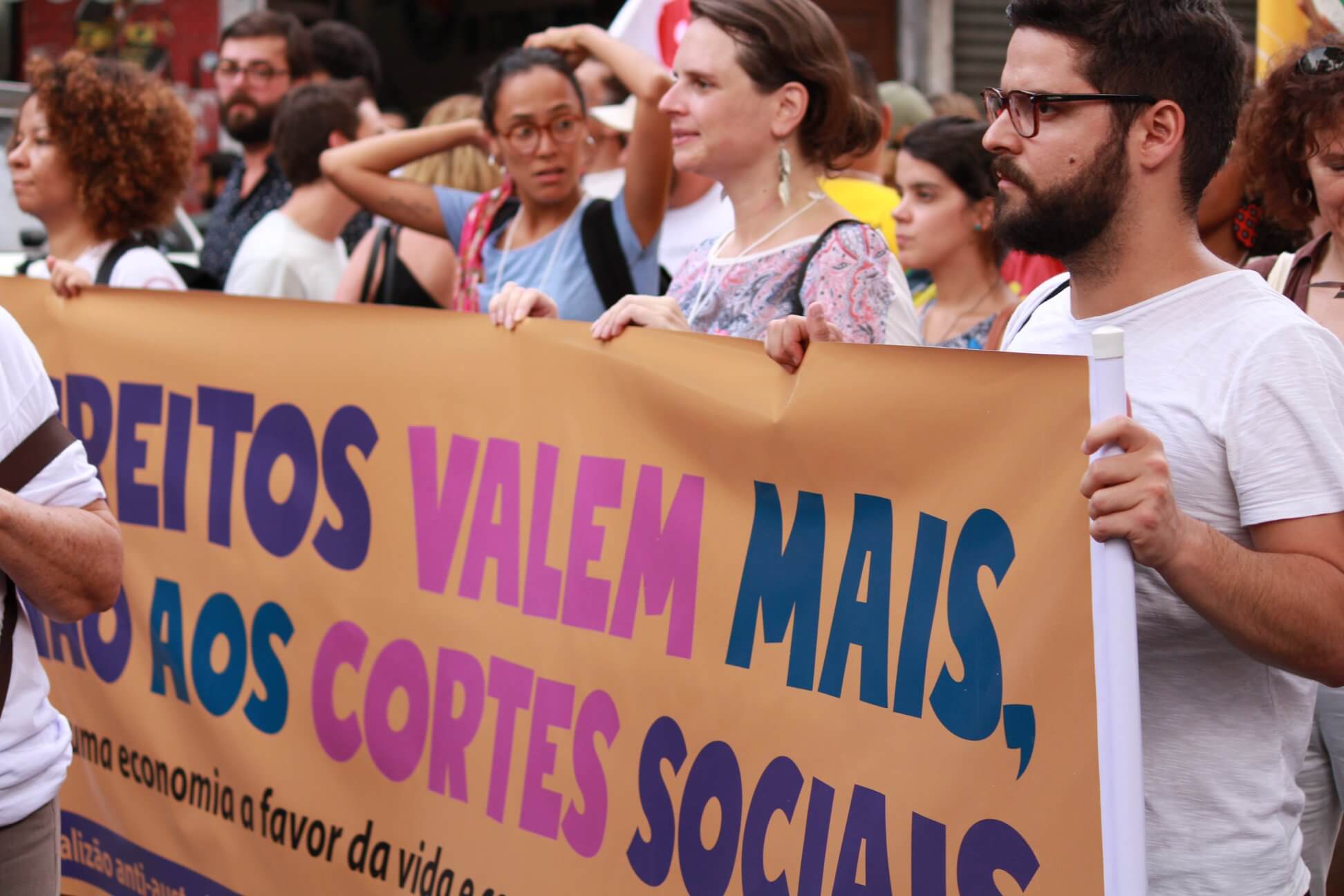 Q. You were barely a teenager when you worked to make an unjust system accountable by removing your school’s principal. What was that like?

A.  The principal was over mandatory retirement age and was holding office without elections, which was required by the public education laws. The staff was very afraid because he was very forceful and controlled most of the staff.

It was my first major initiative as a young leader advocating for students’ rights. It made me understand the responsibility of influencing people with the purpose of effecting positive change.

Q. How did you motivate your fellow students to get involved and sign petitions?

A. We were upset but we were also trying to captivate people with empathy. We used art, painting, and even distributed a small newspaper to inform people and get them motivated.

Q. What did you learn from that experience?

It was what I would call a ‘relative win.’ The continuation of the story is that although we were successful in forcing a new election, in the new election the old director put in one of his people who he supported and that person won. So the major lesson was politics can work but we can have backlashes. That was an important lesson for the future. How you can push forward two to three steps and then maybe be pushed back a step. But you must keep pushing forward because you will make progress. It’s an issue for Brazil. We must push forward continuously. 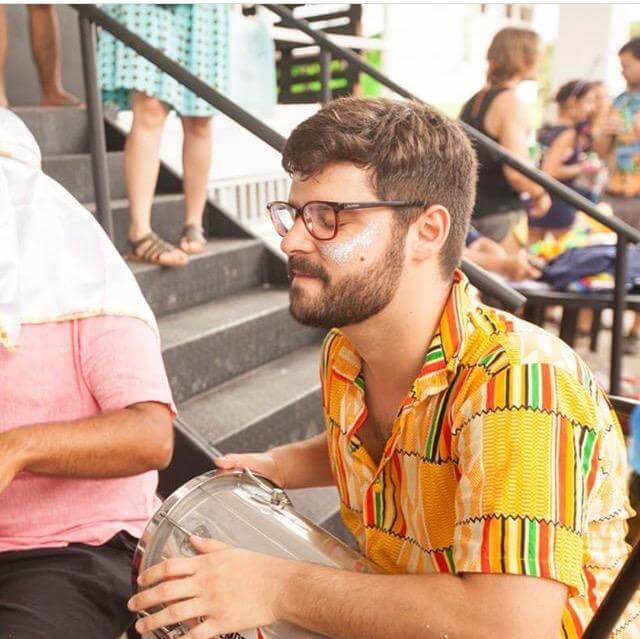 Q. Where did your deep commitment to education come from?

A.  I come from a poor and illiterate family. My mom was the first in her family to get a university degree. She was always pushing us to study. I see high-quality education as a way to overcome generational obstacles in a deeply unequal society as we live in Brazil.

Q. What other movements have you become involved in?

As an undergrad student, I was a volunteer providing assistance for family farmers in the northeast part of the Rio de Janeiro state. Twenty families were living in an abandoned sugar-cane plantation waiting for the resolution of a five-year-long lawsuit on labor rights violations against the landowners.

During the time I lived with them, I helped build wood and plastic tarp houses, helping out with daily activities, building partnerships with the local municipality, and also giving classes on the principles of human rights, democracy, and public policies.

Q. So human rights have been a central focus of your work?

Yes. Between 2017-2018, I was the executive secretary for the Brazilian Human Rights Platform, a 42 human rights defenders’ organization network. I had the opportunity to build a 100-organization partnership for a national mobilization campaign on the rights of vulnerable groups negatively affected by the government’s austerity measures. 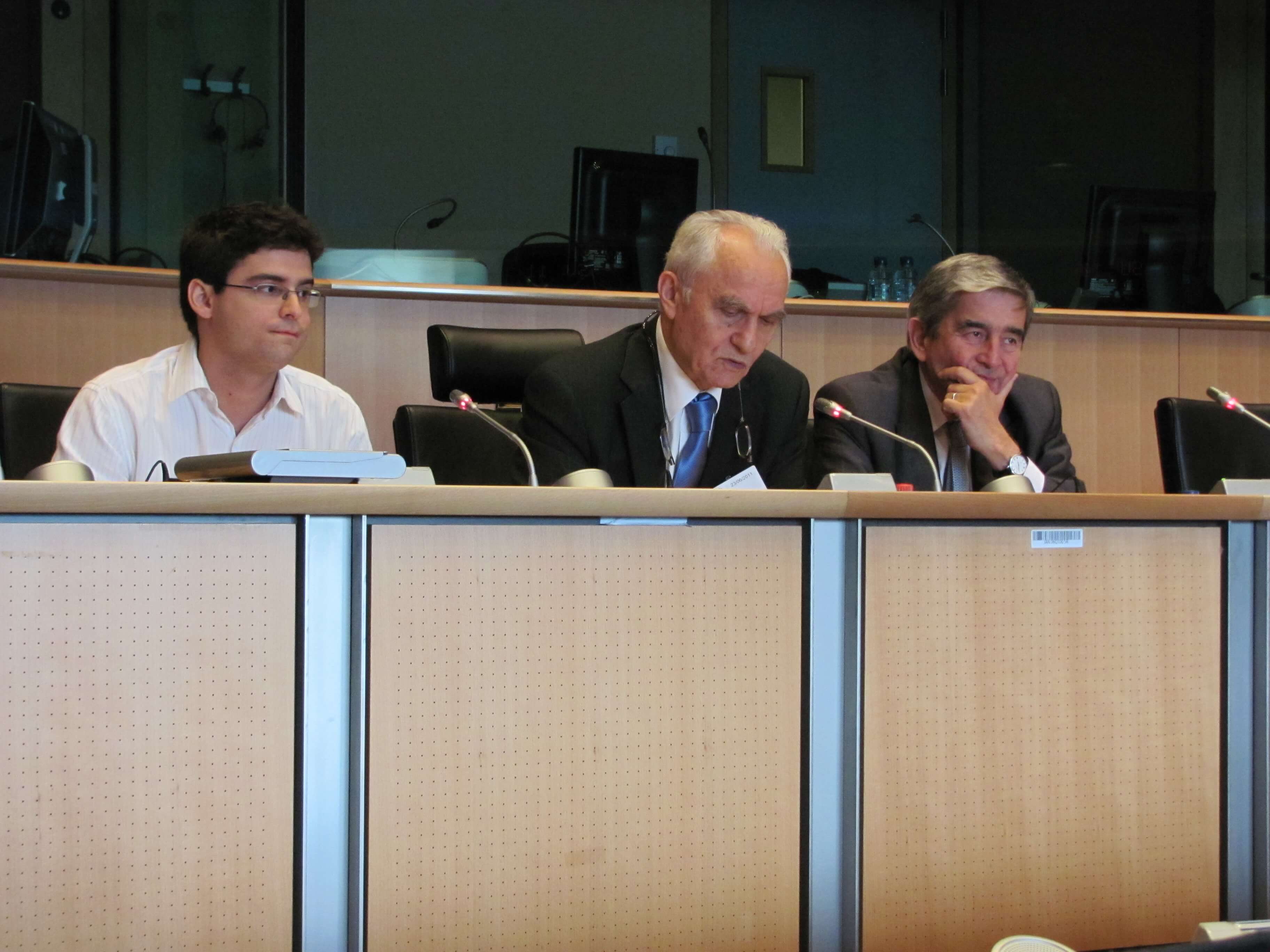 Q. What is the main issue you plan to focus on to help Brazil when you return from the UK?

A. I am now very interested in new education technology linked to the labor market to focus on social development. We are living in a changing world in terms of labor and

Q. So this type of economy is not sustainable?

A. It’s very old-fashioned. We are majorly a country of agriculture or service jobs.

There is a huge elite in agriculture and the middle class and poor people who live in cities and work majorly in the service economy. Most people after high school go to work in the service industries. With no incentives from the vast majority of political and economic elites, schools are not driven by technology and science. The education system is not preparing people for a new paradigm of work and for the future. It’s a 19th-century model that still uses chalk. It’s universal but the standards are very low. It does not push us forward to compete economically and does not assure the people’s fundamental rights.

Q. How long do you see it taking for Brazil to be where it needs to be?

There are many different lobbies in education with contrasting ideas and pulling in all different directions. Any movement towards this goal will take a lot of time and energy to negotiation. It will have to involve civil society, the political sector, and the business elite. It’s a long trajectory. Despite the effort and goodwill, this is not something for tomorrow. You have to look forward to twenty to thirty years for this to happen sustainably with continuous work of building bridges between people.

Q. What are you most excited about in regards to studying in the UK and being part of the Chevening Scholarship network?

A. I’m excited to be in such an international environment. I have learned so much in Brazil through our experiences in social and inclusiveness policies and I am looking forward to seeing other country’s best practices and how they have faced their dilemmas.

There are a few initiatives in the UK and other countries and so many professional people from the UN and different government ministries and agencies. I want to learn from them how they manage to tackle their challenges. Being part of Chevening’s huge and diverse network of thinkers and doers is a tremendous opportunity.

Q. How do you think the experience will help you strengthen Brazil?

A. Everything in Brazil is on such a huge scale. We have 45 million students. That’s the population of many countries in the world. You have to adapt policies for our reality, especially in terms of scale and financing future initiatives. You have to build infrastructure that can support these changes sustainably and in the long term. In Brazil, we still have a system of trial and error, which is a bad way of doing policy. I want to work to help manage the education system so it can be linked to a productive structure that positively impacts society and economic development.

Q. Are you hopeful about the future of Brazil?

A. There is a saying that ‘Brazil is the country of the future... and always will be.’  Brazil has had a lot of ups and downs economically and politically. Brazil has this promise that it’s not fulfilled in its history.

I see Brazil’s current situation as a test for us to see how we have learned from our past mistakes, by avoiding our past authoritarian experiences and surpassing our colonial and unequal backgrounds. Today we are being tested and we must ask, ‘what we want from this?’ What’s really relevant for us to be a more equal country and to make a more stable political and economic system in a sustainable way? I believe that the future must be built and the effort to build it will depend on our ability to forge unity and consensus in an adverse scenario. This is our greater challenge.

Chevening (www.chevening.org) is the UK government’s international scholarship programme aimed at developing global leaders. Funded by the Foreign and Commonwealth Office (FCO) and partner organisations, Chevening offers two types of award – Chevening Scholarships and Chevening Fellowships – the recipients of which are personally selected by British embassies and high commissions throughout the world.

Chevening offers a unique opportunity for future leaders, influencers, and decision-makers from all over the world to develop professionally and academically, network extensively, experience UK culture, and build lasting positive relationships with the UK. To date, the Lemann Foundation has supported six Chevening scholars.

About the Lemann Foundation

Since its birth in 2002, the Lemann Foundation has been working to advance Brazil’s development with equity by unlocking the potential of its children and future leaders.

Founded by self-made Brazilian entrepreneur and “business-class hero,” Jorge Paulo Lemann, the family foundation reverses inequality in Brazil at scale on two fronts: education and leadership. Lemann’s mission is to guarantee all children a high-quality public education no matter what their background and to support future leaders committed to making Brazil a more just and equal place.