Growing up in Rio, the favela was only 200 meters from Joana Monteiro’s house. Where her street dead-ended, the Turano favela began. She could see the bodyguards of the drug dealers and the members of the drug gangs. She knew when a turf war had flared up because that’s when the police streamed in to quell the spurts of violence.

But like many middle-class Cariocas, the events in the favela had little if nothing to do with her everyday life. Things couldn’t be more different today for Monteiro, an accomplished economist, researcher, professor, and public servant who has devoted her career to understanding how to build government capacity to help reduce inequality.

Monteiro, who was recently awarded a Lemann Foundation Visiting Public Policy Fellowship at Columbia University, sat down with us (virtually) to tell us about her life’s work.

Q. You’re an economist by training who somehow ended up in Public Safety. Is that unusual?

A. I have a Ph.D., M.A., and a BA in Economics, and I specialized in development economics.  So yes, it’s very unusual to go from economics to public safety. I started working in the Security Department in Rio 2015. Rio is a key city that is known as much for its beauty as for its crime problems.

I got invited to be the head of the Institute of Public Security, the government body responsible for disclosing and analyzing crime data in Rio. I spent four years in charge of that agency working under three different administrations. The entire time, I was the only non-police and non-military person who participated in the weekly strategic meetings.

Q. How did you even end up in that world?

A.  It began with my Ph.D. I was practicing applied microeconomics, a field that uses data to understand, design, and evaluate public policies. There is actually a tie between economics and public safety. I knew just from growing up near the favela that an event that led to spiking violence and gunfights seemed very random in terms of timing. This is the type of problem economists use to evaluate the effect of violence on economic and social outcomes.

My dissertation was evaluating how gunfights affect student achievement in schools. There are 1,000 elementary schools in Rio, some within, nearby, or far away from favelas. I explored variations to compare student performance in the years gunfights were occurring. 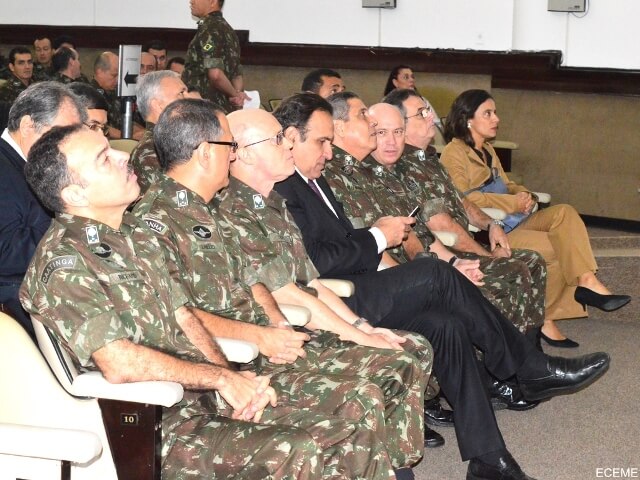 Q. Did anyone think that the violence would have an impact on students’ educational outcomes?

A. We typically discuss violence as a problem suffered mostly by people who are not innocent. The prevailing belief is that you only end up being involved in violence if you’re “no good.” My idea was to see whether violence by itself could lead to an increase in the poverty trap. It was an opportunity to assess the causal effect of violence on education.

Q. What did you end up finding out?

A. If we compare students in the same school during gunfight years and non-gunfight years, we found a decrease in learning due to disruption in their school routine, which included school closures during periods of conflict. Not only that, there was higher principal turnover, more teachers who took leave, and it was harder to hire qualified teachers to work in those schools. This research raised my interest in crime, violence and public security issues and I started to follow the topic, especially by looking at crime data. Then in 2015, the secretary of security decided to hire a non-police person who was knowledgeable about crime and violence data and my name was pointed out to him.

Q. What was the job?

A. Between 2015 and  2018, I was the head of the Institute of Public Security [ISP], the leading institution that promotes transparency of violence and crime data in Brazil. The former secretary of security made a decision to appoint a technical person, not a police person, to be responsible for this body.

Q. What did the role entail?

A. At ISP, I  carried out several initiatives to foster the use of data by police officers and government officials as well as to improve data transparency to the whole of society. I led a public-private partnership to finance and develop data visualization software (ISPGeo) that provides police with daily information on crime trends and hotspots in their areas. This became an essential tool for police in Rio.

Q. What was your major epiphany working in the world of criminal justice?

A. It was that we didn’t understand what was behind the conflict. We don’t understand anything about it—what drives it. We typically discuss violence only in the context of the people involved in the conflict, whether they are shot by police, arrested, etc. We do not discuss the consequences of that nor do we explore what put us there and what we can do to improve the situation.

Q. What do you do now in your current role?

A. Due to my work at ISP, I was invited by the State’s Attorney Office of Rio de Janeiro to design an evidence-based research center to support their work. I left this position last March and since then I am founding an applied research center for public security in Fundação Getulio Vargas [ a Brazilian higher education institution and think tank.], where I am also a professor of evidence-based public policy  I want to make this center a place where policymakers and academics can sit together and discuss how to design and evaluate new approaches to reduce crime and violence.

Q. Tell us about the Lemann Foundation Visiting Public Policy Fellowship you will be doing at Columbia University.

A. I applied for the fellowship because I was at a point in my career where I wanted to devote my academic skills, along with my government experience, to study policies designed to ‘bring the State back into urban ungoverned spaces.’

Violence in Brazil is largely associated with urbanization, the proliferation of slums, and the rise of non-state armed groups in places where the State has left a power vacuum by being absent. Yet there is little evidence of programs and strategies successfully curbing territorial control by gangs.

Q. What is a big project you worked on?

Rio is facing an increasing challenge with the militias [criminal, illegal paramilitary groups made up of current and former civil and military officers] which arrive in neighborhoods claiming they will drive out criminals and dealers but soon start their own extortion and protection rackets.

My goal is to produce a policy paper that sheds light on key principles and elements of the effectiveness of a strategy to bring the State back into urban ungoverned spaces. I will be building on a project I am currently working to map the evolution of non-state armed groups in Rio.

My research project requires insights into the links between criminal violence, law enforcement policies and practices, and provision of public policies—all fields in which Columbia has outstanding scholars.

Q. Your career has been non-stop. What does it mean to you to finally have some time to reflect?

A. I really want time to put my mind together and put out a paper on some of the things I experienced but also to read and to learn and have access to scholarship in the diverse fields that are needed to address the problem. It’s not just public policy, it’s economics, sociology, and in terms of figuring out the business model of these groups and how they run. I want to put all these things together to help Brazil as well as so many other Latin American cities that have similar problems.

Q. You’re not just an academic or a government practitioner or a researcher. You’re all three. How does that affect your approach to this work?

A.  A lot of scholars discuss policy without really knowing the constraints. I really do understand those constraints firsthand as well as how decisions actually get made in government. The relationship between researchers/academics and policymakers in Brazil is really bad. The policymakers are not really open and many scholars don’t have a good approach in dealing with the policymakers.

We need more science in government policy-making and decision-making and I’d like to create a bridge for that to happen. We all need to come together and recognize what we don’t know and make policies backed with deep thinking, analysis, data, and frontline experience.

Q. But this type of coordination and data-based policy-making happens in other sectors in Brazil?

A. I think the health area is the best example of partnership in which the researchers work close with practitioners and policymakers. I think the COVID-19 pandemic showed us how researchers that produce the vaccine, health servants that discuss how to organize immunization campaigns, and practitioners who treat the patients and inform them about preventive measures are all crucial to contain the disease.  We don’t have this type of structure and professionalization in Brazil for the public security area. We still discuss it as only police officers can contribute to this topic.

Q. It’s a big undertaking you’ve set out to achieve. Do you ever get pessimistic?

A.  I’m kind of an optimistic person. Inequality is such a massive problem in Brazil. I was lucky that I had access to good education. So, I think it’s incumbent upon people like me to think about how to improve things in Brazil. One of the goals of the Lemann Foundation and one that is critically important to the future of our country is how to improve government capacity to help reduce inequality. Because this is something we need really badly and we don’t have.